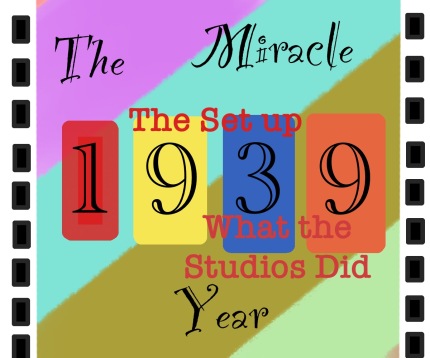 Expansion was the word. In fact one could say that the year 1938 was one of expansion throughout Hollywood. When you total up all they spent on their facilities it was a respectable figure – 112 million.

Fox held an enviable position. They had already spread their productions across their two lots. The original on Western Avenue, and their brand new plant in Westwood.

Paramount, on the other hand, pinched by the confines of its lot on Marathon Street, was looking for other properties on which to expand, either, like Fox, up in Westwood or some place farther up in the Valley. In the meantime they were forced to build outdoor sets on their ranch property forty miles away in Malibu.

Columbia had a similar problem – and solution, utilizing their nearby ranch to ease the crush at their original lot on Gower Street. In addition they took a lease on another studio, the old B P Schulberg lot on Bronson Avenue.

Universal did not have the same problem – with 365 acres it had ample room. But what it did not have was enough sound stages for their productions. Two brand new ones were under construction and a new 6 story admin building. A recent turnover at the top (their principal founder- Carl Laemmle had been deposed) saw plans for major changes around the lot. Work was underway to modernize and soundproof three of the oldest stages on their lot – (one of which was nicknamed the “Phantom” after the Lon Chaney silent, The Phantom of the Opera, filmed there).

In 1938 MGM in Culver City, completed their Thalberg Memorial building at the cost of 2 million dollars. This administration office building was so named as a tribute to their recently deceased ‘wunderkind’ head of production, Irving J. Thalberg, the man singularly responsible for setting the precedent that the studio held the reins over the talent it employed.

Even smaller companies were feeling the need to expand. Monogram had maxed out all the space at the Talisman studios. Hal Roach, who recently switched from MGM to UA to release his comedies, was thinking about pulling down the admin building and replacing it with one larger that would house three stages and business offices. Republic was hampered in their expansion efforts by their relations with their landlord. They either wanted to buy it outright if they could negotiate a good price, or hammer out a longer lease for the property.

Only two film outfits had more pressing needs. Walt Disney, though riding the success of “Snow White and the Seven Dwarfs,” was busy reorganizing his three companies (one of which was a realty firm) down into one unit. And RKO, which by the way had released Snow White, was in the midst of a financial reorganization, having just emerged from a 77b receivership (the prior bankruptcy instrument to the present-day Chapter 11).

So the stage was set, and the studios were humming.