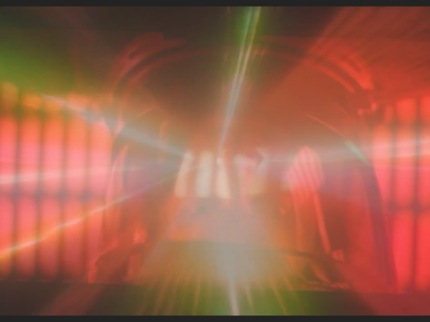 There I was on a trip, zipping along under the monorail. It was surreal, almost psychedelic.

But I get ahead of myself.

Our world as a married couple expanded a bit when my wife took a new job at Virginia Mason Hospital. So our footprint in Seattle was enlarging. She had a further distance to travel, double what it took me to go to the Fifth Avenue Theater. She easily walked it. Or depending upon schedules I was sometimes able to drop her off at the Spring St entrance.

For the past five years we had been pretty insulated, having met each other in show biz, it seems the only people we knew were family or in show business (and a good percentage of individuals in those two categories overlapped).

At Virginia Mason she worked in the kitchen, cutting raw produce for the hospital cafeteria and for the patients’ meals. Carrots and celery for instance. In fifty pound bags – character and muscle building.

She co-ordinated closely with one of her co-workers, Dan Daniels. His job was to receive the produce, store them, then distribute them where and when needed; i.e., her cutting board. Not too long after she started there, he invited the two of us up to his home to introduce us to his wife, Mary. And for many times after.

Dan and Mary lived in the Queen Anne District, which, as some readers may know, is north of the downtown Seattle area. We were only familiar with a few things up in that neck of the woods. Things like the Pacific Science Center and the Space Needle; and our favorite restaurant at the time, Bloch’s.  (It was great for after a show. We came for the sandwiches. I always had the hot pastrami, and my wife had the prime rib. Yum).

Dan and Mary were fun-loving, festive folks. And holidays for them were always an excuse for a party. They were also artistic souls and everything was always tastefully decorated to the hilt. They introduced us to other things as well.

It must have been a New Year’s Eve celebration. There were noisemakers and party hats. And champagne at midnight. I believe it was the first time I had ever sampled the “bubbly.” I had had beer before, and that always with food, and never to the point of drunkenness. This new concoction was definitely something different.

It’s why I found myself in the passenger seat of the Roadrunner, buzzing along under the monorail at night back to our apartment. The supports to the monorail track flicked by with rythmic regularity. Any lights we passed seemed to bend around and through the windshield and side window and funnel somehow through my wide awake eyes, directly into my brain. It really was the “light show” segment from “2001.” The swift motion of the vehicle that cradled me, instead of comforting, added an element of creepiness, an edge of unease.

That “trip” contributed a great deal to the reasons I have been a teetotaler for the majority of my life.