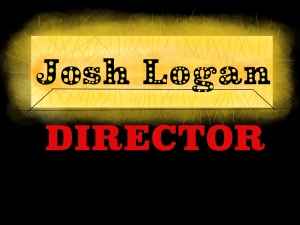 Howard Kazanjian called him Mr. Logan. And to Josh Logan, Howard was Howard.

Logan was not only a respected director, with lots of credits on stage and in film, he was also a writer and producer in both mediums. Josh used to talk to Howard about personal things – the difficulties in his life – stretching back to losing his father to suicide when but three years old.  Though, now happily married and with children of his own, he hinted to Howard that challenges and struggles dogged his steps.  (A couple years later Logan talked in public more freely about his bipolar disorder and the relief that lithium was bringing him).

Mr. Logan was 58 at that time, which was probably the median age of those who made up the crews at WB. The studio made the choice for first AD on Camelot.  It was a poor one – there were quite a few projects at the time that were tying up the best. Howard was given the second AD slot. With his get-up-and-go, can-do attitude, Logan came to depend very much upon Howard.

Howard was the only one from the crew (except for perhaps DP Dick Kline) that was invited out to the home Logan had rented in Beverly Hills. Howard came with his girl friend. When the butler, towel over his arm, answered the door, and greeted them each by name, a small mystery was cleared up. Josh when on set was always impeccably dressed in a dark suit and tie. And highly polished shoes. And this was despite what type of setting they toiled in. At times it was downright gritty. For instance, when working in the “snow” scene which I have noted before was actually salt – all the shine had worn off those shoes by the end of the day. The next morning when Logan arrived on set, the shoes were restored to their glossy glory. And here greeting them was the reason why they were always pristine.

There are sometimes uncomfortable chores handed out to ADs by their directors. Two weeks into shooting, preparations were being made for the “It’s May” scene that called for lots of extras. Howard was charged with arranging their auditions. It seemed that Logan interviewed every male extra in Hollywood. He would have Howard line them up for review en masse in the street – different groups – knights – street musicians – townspeople etc. Logan would walk the line like a general reviewing his troops. One group he wanted to have a second look at, and ordered Howard to assemble them again, but this time just in their underwear. Shades of Erich von Stroheim, but understandable when considering this group needed to look fit – no unseemly bulges in the tight leather jerkins or other close-fitting garments that these extras would be wearing for the lusty month of May number.

Logan had an office on the lot (the one currently occupied by Clint Eastwood and his Malpaso Company). His secretary administered things for him there. From this HQ, he would drive over to whatever set was scheduled for that day, (sometimes visiting a couple) and after a review with Howard and Kline, Logan would tell them what needed to be done, and return to his office until the preparations were complete. One afternoon when they called the secretary to relay a 10 minute warning, she informed them that Logan wasn’t in. The associate producer Joel Freeman called down to the studio gate, and the guard there confirmed that Logan had indeed driven off the lot. Logan had visited the set, but upon leaving there, he switched to auto pilot and drove home. Thereafter Joel left a standing order with the gate guards – that if it were only midday they weren’t to let Logan off the lot.

On tap for next week – Dick Kline DP, the next installment in the Adventures of Howard Kazanjian.